It was late at night, we had been recording and shooting all day and everybody was quite tired. We still had a few takes to make for ‘Your Way’. Mitja and César needed to shoot more angles. For instance they did not have the guitar solo filmed yet. At this point I was floating high on a cloud. The sensation was comparable to the one you feel after you’ve been hiking for the whole day on a high mountain… When the last note resonated, and we heard “Cut! That’s it folks, we have it!”, my final moment of joy exploded. I shouted “Thank you, everybody!” I started clapping and as I turned my head to my left I saw in a flash Lauri’s and Mitja’s faces, which were carrying the same happiness. 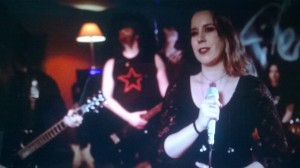 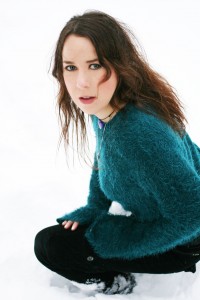 “Your Way is one of the first songs of the new collection of songs I wrote. I wanted it to be an anti ‘Darker Chapter.. and stars’. I wanted it to be my first demo-album ‘Facettes’ meeting with Iron Maiden… I wanted this song to open my new album with fiery positive energy, one that will transfer itself to people and make them want to laugh, headbang and jump, wether they listen to it in they car or at my shows.” – Eilera