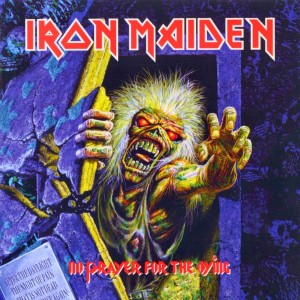 Their reaction was disappointing though. No excitement in the air to be shared. I was alone with my excitement this day. Like I would be alone many times in the years to come… So? I had found Iron Maiden.